Save ₹149.00
Roll over image to zoom in
Click to open expanded view

Wherever the feet of Shri Krishna lie (हिंदी)- eBook

Where did Lord Krishna go during his lifetime?
The names of those places have been given.

Wherever the feet of Shri Krishna lie (हिंदी)
Pages – 330
Where did Lord Krishna go during his lifetime?
The names of those places have been given.
A brief description of the events that happened at that place will also be read in this book.

Krishna (/ˈkrɪʃnə/,[13] Sanskrit pronunciation: [ˈkr̩ʂɳɐ] (About this soundlisten); Sanskrit: कृष्ण, IAST: Kṛṣṇa) is a major deity in Hinduism. He is worshipped as the eighth avatar of Vishnu and also as the supreme God in his own right. He is the god of protection, compassion, tenderness, and love and is one of the most popular and widely revered among Indian divinities. Krishna’s birthday is celebrated every year by Hindus on Krishna Janmashtami according to the lunisolar Hindu calendar, which falls in late August or early September of the Gregorian calendar. 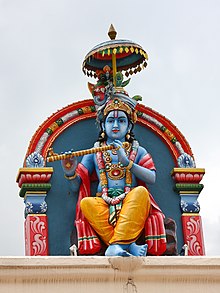 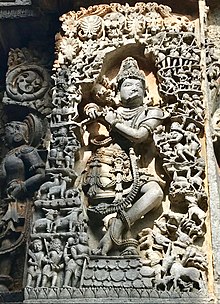 The anecdotes and narratives of Krishna’s life are generally titled as Krishna Leela. He is a central character in the Mahabharata, the Bhagavata Purana, the Brahma Vaivarta Purana and the Bhagavad Gita, and is mentioned in many Hindu philosophical, theological, and mythological texts. They portray him in various perspectives: a god-child, a prankster, a model lover, a divine hero, and as the universal supreme being. His iconography reflects these legends, and shows him in different stages of his life, such as an infant eating butter, a young boy playing a flute, a young boy with Radha or surrounded by women devotees, or a friendly charioteer giving counsel to Arjuna.  Click Here or More Info

This is an virtual item, eBook will be delivered on your email within 24-48 working hours*