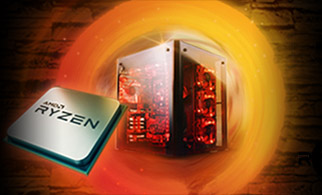 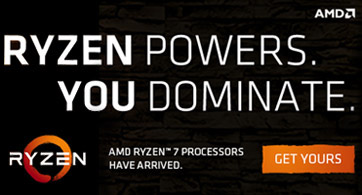 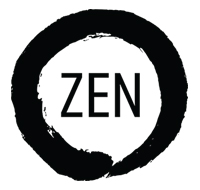 Setting the Bar for High Performance and Efficiency

AMD introduces SenseMI technology, a set of learning and adapting features that help the AMD Ryzen™ processor customize its performance to you and your applications. Finally: performance that thinks. 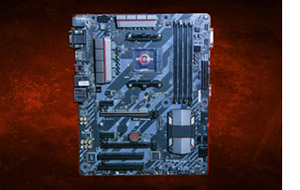 Powered by the AM4 Platform

The new AMD AM4 Platform puts effortless compatibility front and center. Our new 1331-pin processor socket works with the 7th Gen AMD APU, AMD Ryzen CPU, and the upcoming “Raven Ridge” APU. The one Socket AM4 motherboard you buy will work with any AM4 processor! And with support for the latest I/O standards like USB 3.1 Gen 2, NVMe, or PCI Express® 3.0, it’s easy to build a high-performance system that can grow with your needs. 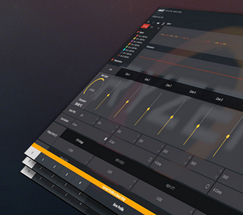 Every AMD Ryzen processor is multiplier-unlocked from the factory, so you can personalize performance to your taste. AMD provides the AMD Ryzen Master utility to access this powerful advantage.

AMD Ryzen Master provides for up to four profiles to store custom clocks and voltage adjustments for both the Ryzen™ CPU and DDR4 memory. You can park cores and adjust memory timings, too.

As AMD’s grand reentry to the high-end processor market, and a great equalizer to an uncompetitive space, the AMD Ryzen™ processor represents an important moment in PC gaming history.

The climate for AMD Ryzen™ processor is especially important, as enthusiast PC gamers have increasingly lamented its stagnant condition. Years of incremental upgrades, rising costs, artificial segmentation, and shrinking performance per dollar have left many users clamoring for a competitive alternative like the AMD Ryzen™ processor.

The AMD Ryzen™ processor was developed with these concerns in mind. Years of important user feedback was distilled into a product family with elite caliber single-thread IPC, multi-core scalability, an ultra-modern platform, universally unlocked voltage and multipliers, competitive perf/W, and tremendous value. While no one quality stands above the rest, the sum is impressive: the AMD Ryzen™ processor is easily the most versatile and gamer-friendly solution in recent memory. 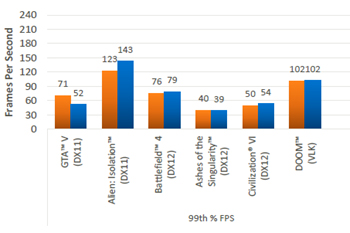 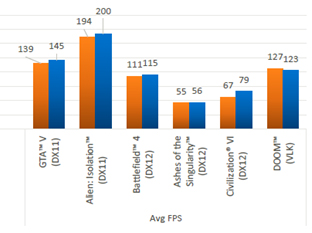 Looking at the data purely from the primitive perspective of average FPS (above) highlights that the AMD Ryzen™ 7 1700X is an elite competitor to the 6800K for 1440p gaming.